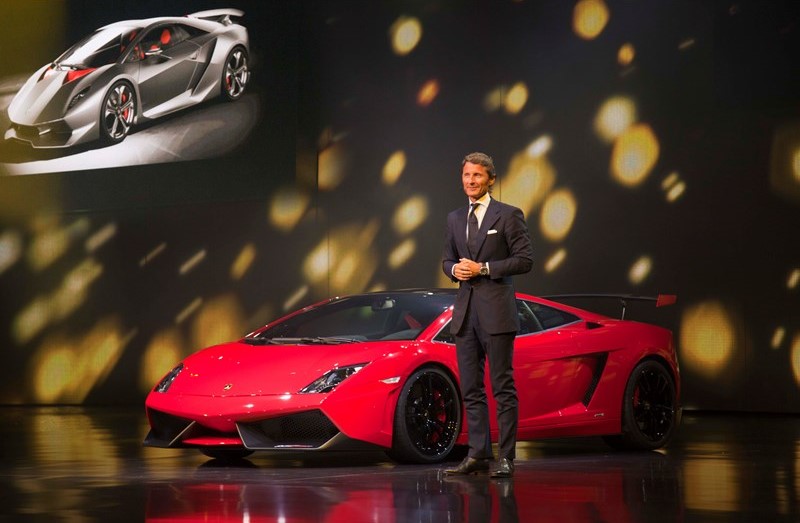 On the occasion of the worldwide preview of the Lamborghini Gallardo LP 570-4 Super Trofeo Stradale at the 2011 Frankfurt Auto Show, President and CEO of Automobili Lamborghini, Stephan Winkelmann, announced that the Lamborghini Sesto Elemento will go into production.

A technological demonstrator, presented a year ago at the Paris Motor Show, the Sesto Elemento represents the future of super sports cars in line with the Lamborghini Manifesto: according to this, development focuses on handling and acceleration, with lightweight design an increasing priority – now and even more so in years to come.

Not since the revolutionary carbon fiber prototype, the Lamborghini Countach Evoluzione in 1986, has a super sports car brand produced a car weighing less than 1000 kg.

With the Sesto Elemento, Lamborghini’s Research & Development engineers have fine-tuned a cutting-edge package. Beginning with its pure, radical design, Sesto Elemento is the perfect blend between an extremely light weight 999 kg body; a drive train taken directly from motorsport; a power output of 570 hp; a highly responsive V10 engine and superior handling stability guaranteed by Lamborghini’s four wheel drive system. An exceptional power-to-weight ratio of just 1.75 kg per hp guarantees unrivalled performance levels; the Sesto Elemento goes from 0 to 100 km/h in just 2.5 seconds. These values are possible due to the use of a carbon fiber monocoque made of Forged Composite and extensive use of carbon fiber throughout the car, illustrating Lamborghini’s international leadership in composite materials technologies.

Stephan Winkelmann stated: “The excellent feedback and the numerous requests we’ve had from our customers have really convinced us to embark on the challenge of producing a vehicle with unique characteristics. We are proud that what a year ago was just a ‘technology demonstrator’ of future super sports cars, even though in working order, will become a small series reality. Only 20 units of the new Sesto Elemento super sports car will be produced, and will be destined only for track use. We’re planning to deliver the first cars at the beginning of 2013.”